Originally proposed by Gerbner & Gross (1976 – Living with television: The violence profile. Journal of Communication, 26, 76.) Cultivation theory states that high frequency viewers of television are more susceptible to media messages and the belief that they are real and valid. Heavy viewers are exposed to more violence and therefore are effected by the Mean World Syndrome, the belief that the world is a far worse and dangerous place then it actually is. 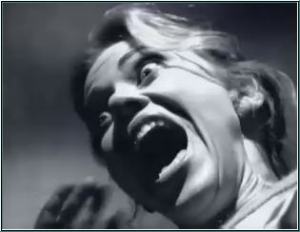 She's been watching too much TV

According to the article the heavy viewing of television is creating a homogeneous and fearful populace. If one were to count the number of studies done on TV violence and its effect on viewers you would be reading articles when the Republicans take back the White House and long after. It is by far one of the most studied topics in mass comm research. Why you ask? Because it is one of the most hot button issues within society. And guess what they have learned? That results are inconclusive. Apparently with more information comes less clarity. No one really knows how or even if violence on TV or in film negatively or positively affects its views. They think they know, but you’ll get different answers depending on who you talk to.

Past the infamous Gerbner and Gross study cultivation theory has taken on a more rounded and general definition in regards to mass media. It now extends to encompass the idea that television colors our perception of the world. This can be taken many different ways, for example; if one stays inside and watch news about crime all day, one might be inclined to believe that the crime rate is far higher than it actually is and they might easily become the victim of a crime. Or in another sense, it can perpetuate stereotypes such as “all Asians are either smart or ninjas” or “every black male is most likely a criminal.” These are ridiculous notions, but possible parts of a paradigm that can be conveyed by heavy exposure to media messages.

This heavy viewership of TV (or any media) cultivates these attitudes within viewers. Whether the attitudes are correct or incorrect is still open to discussion and gets to the question of to what extent reality shapes TV and vice versa. Certainly a theory and by no means a proven fact, but an interesting one nonetheless.

13 thoughts on “Cultivation Theory: How Violence Might Affect Us”